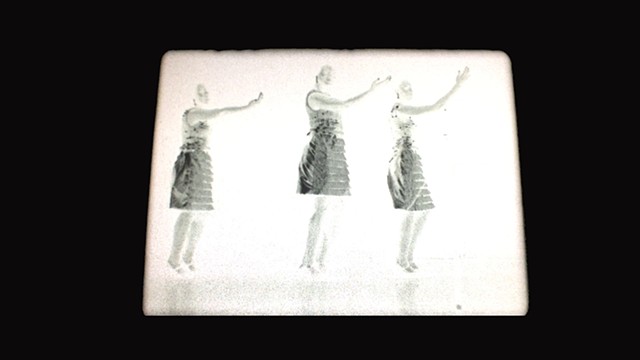 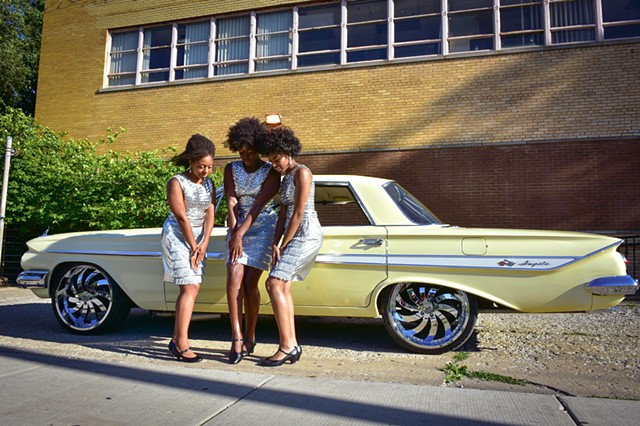 Hear the Glow of Electric Lights is a durational, multidisciplinary project that utilizes live performances, behind-the-scenes documentation, and 16mm reversal film to deconstruct 1960s American pop music groups featuring girls and young women. During the summer of 2017, visual artist Sarah Beth Woods formed The Rhinettes, a conceptual girl group based out of Prosser High School on the West Side of Chicago. Referencing the Supreme’s first nationally televised appearance, and Cholly Atkins' "vocal choreography", synchronizing performance and sound through the vehicle of the body. The work conceals and reveals both the surface of bodies and the materiality of film, while choreographed routines imagine new ways for performing bodies to inhabit spaces together.

The content of the work is revealed through concealment and erasure, codes, and learned/performed body language, drawing attention to what we’ve been taught cannot simultaneously exist: beauty, power, and the political. Pop culture scholar Jaap Kooijman articulated it well: “The power of the image, and in extension the Diana Ross star image, lies in its embodiment of the contradiction between fashion and politics, and its refusal to accept that those two cannot go together.”

My research for Hear the Glow is obtained from a variety of sources, including girl group histories, archival footage of The Supreme's, clinical usage of 16mm reversal film, and Phil Spector's legacy of innovation and simultaneous erasure of women's identities. For example, Dorothy Love's name was purposefully extracted from credits listed on record packaging. Using materials and subject matter that are in direct opposition to one another creates a layer of tension that speaks to the conceptual spaces that girl groups occupy. 16mm reversal film has been historically used in pre-digital eras by the NFL to document, print, and quickly analyse football manoeuvres known as playbacks attesting to the clinical use of reversal film, which is subverted in the social nature of the project itself. Reversal film historically obscures bodies, Hear the Glow transcends.